Ballindalloch Castle golf course is 14 miles north east of Grantown on Spey and sits alongside the River Avon not far from it’s confluence with the River Spey.  The Castle has been the home of the Macpherson-Grant family since it was finished in 1546; the golf course is a little younger, having been designed by 2 of the more prestigious designers around, Donald Steel and Tom MacKenzie, in 2002-3.  They obviously work well together, having also designed the well regarded Carnegie layout at Skibo Castle – maybe they just like castles? 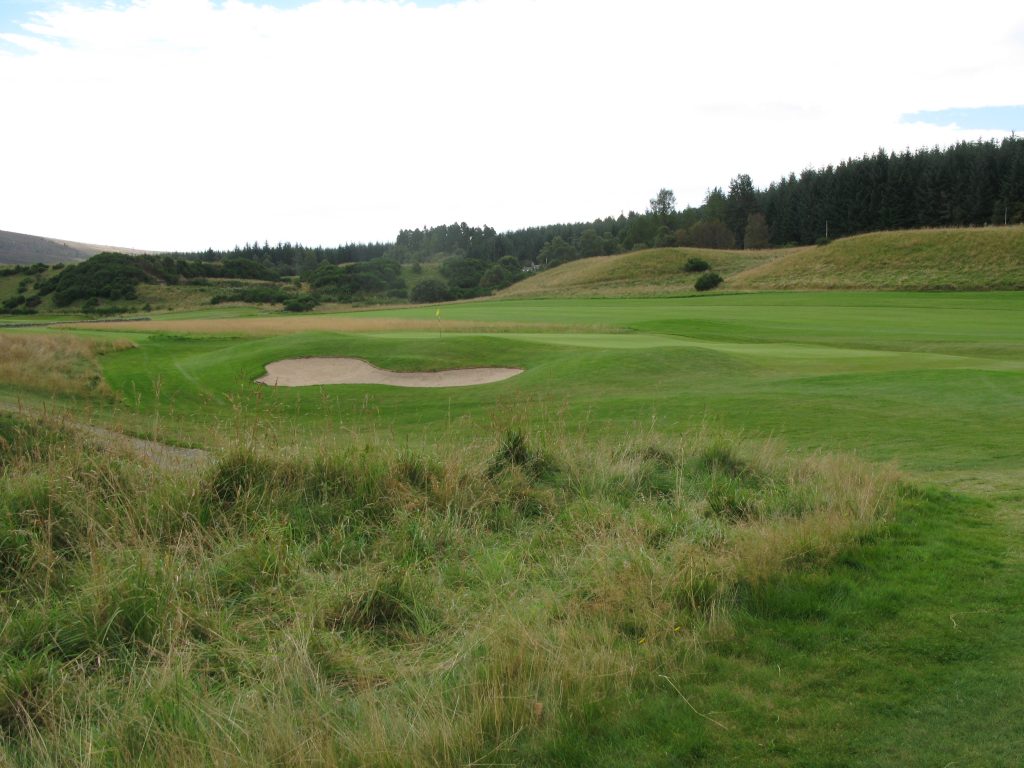 The resulting golf course, with views of  hills and birch woods, is a rather marvelous and pleasantly surprising layout at 6417 yards from the white tees.  Although a “9 hole” course, there are 18 tees, with many of the tee combinations significantly altering the front and back 9s – I would strongly recommend playing 18 holes to appreciate the architectural cleverness of this Steel and MacKenzie design.

The effect of the different tees, is exemplified straight away with the 1st playing as a par 5 at 488 yards, but the 10th as a par 4 at 405 yards – however, the westerly prevailing wind make both holes very difficult.   The tees at the 5th/14th are 100 yards apart, with the 14th playing as a near 90 degree dog leg right.  Arguably most stark is the par 3 7th/16th, where I suspect most players need at least a rescue club on the 7th, but only a wedge on 16th; the holes are 70 yards different in length. 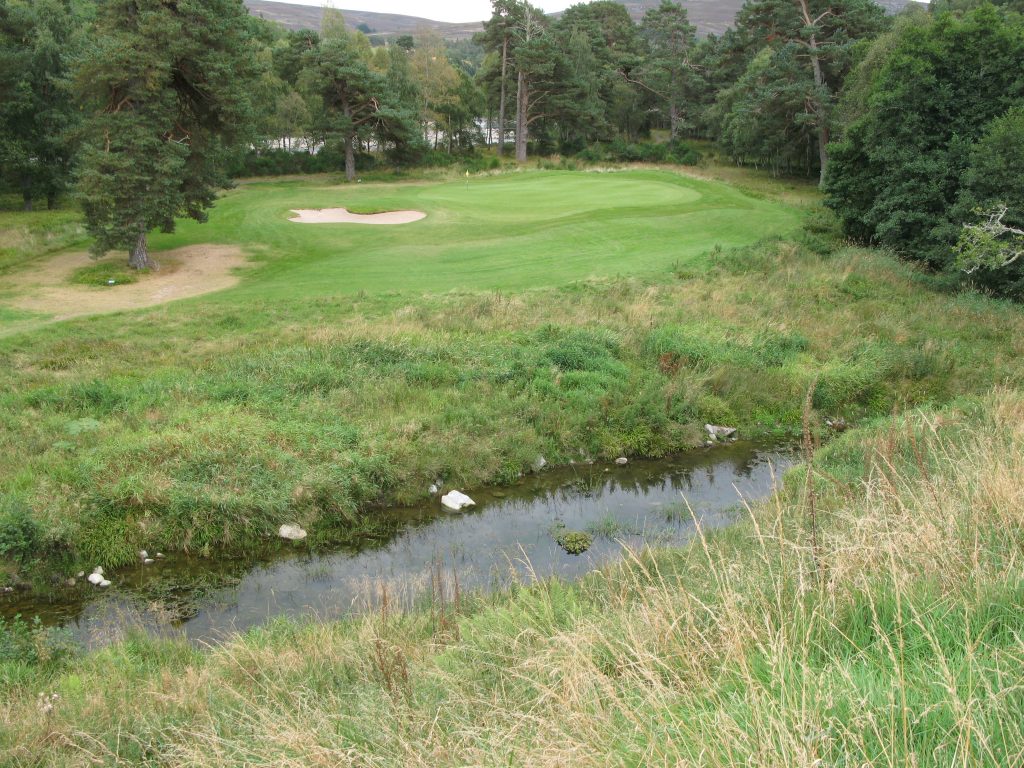 As I played around this very ambitious project for a highland estate, I was struck with how fitting the course adds to the colourful history of the castle, which is the original home of the Black Watch, the oldest of the Highland regiments, and also the place where Captain W.E. Johns wrote many of his Biggles stories. 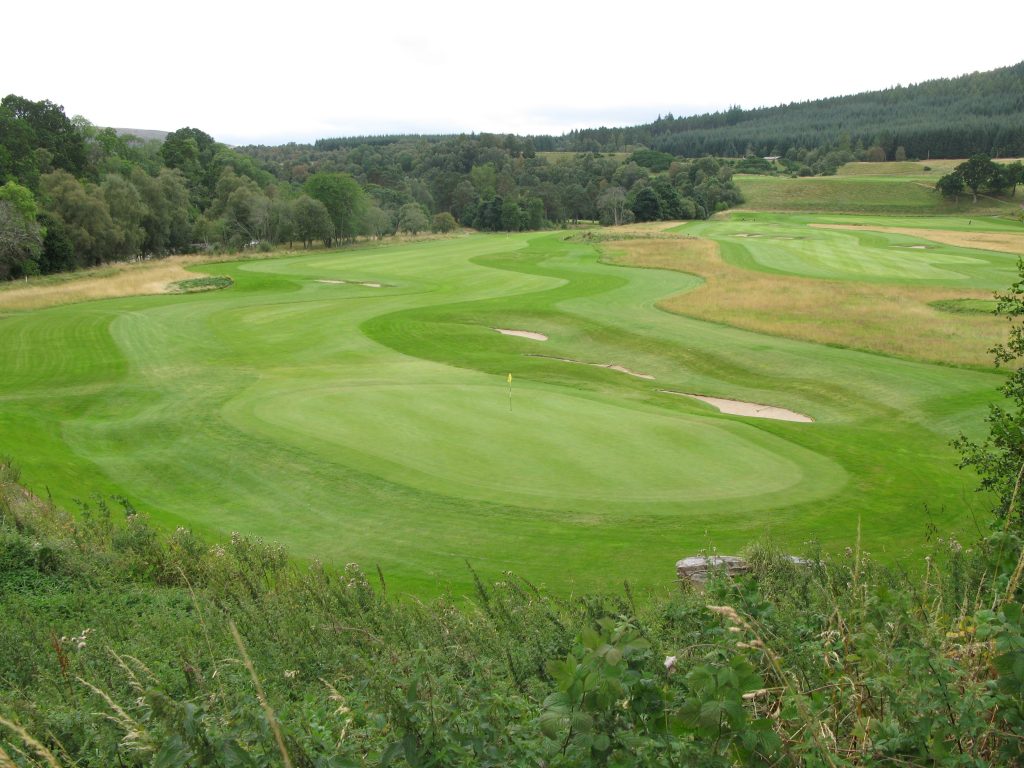 View from behind the 8th/17th green at Ballindalloch

The course was in excellent condition when I played, which I suspect might be helped by the relatively small number of members and players the course attracts.  I guess it’s because not many people want to travel too far “just for 9 holes”.  I think they are making a big mistake – this must be one of the best 9 hole courses in Scotland, and it is very competitively priced against its Strathspey and Baddenoch neighbours. 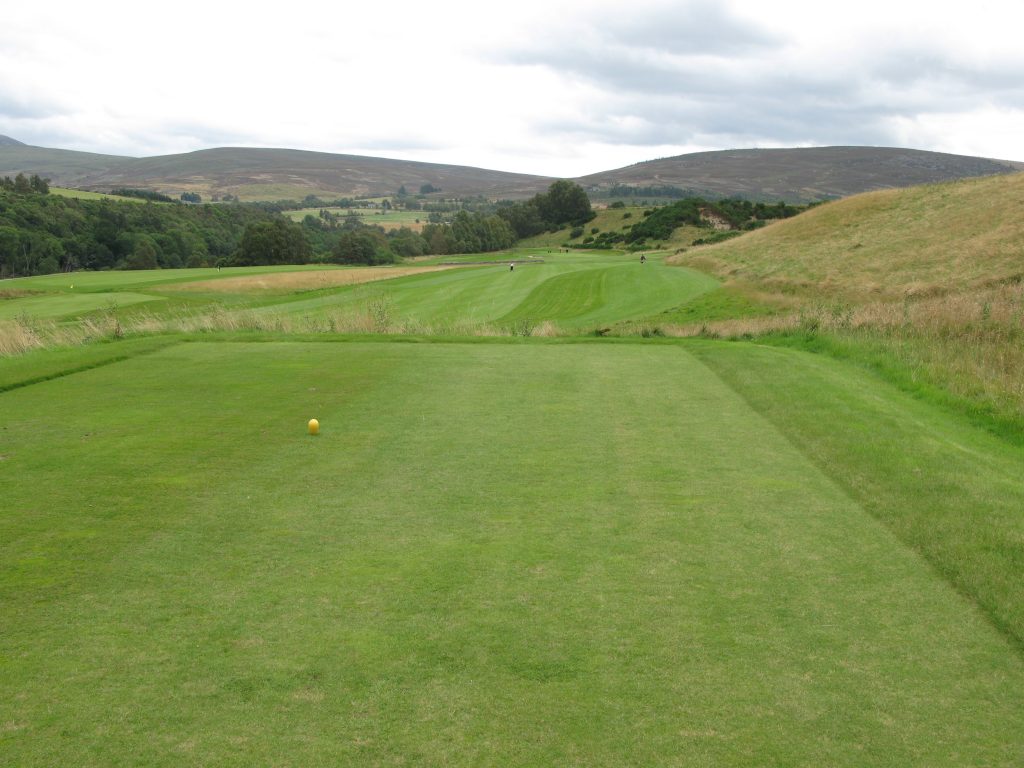 The 12th tee at Ballindalloch

Finally, there is plenty to keep non golfing family members busy on the estate, which has also recently opened a whisky distillery right next door to the golf course, again reinforcing this highland estate’s ambition. 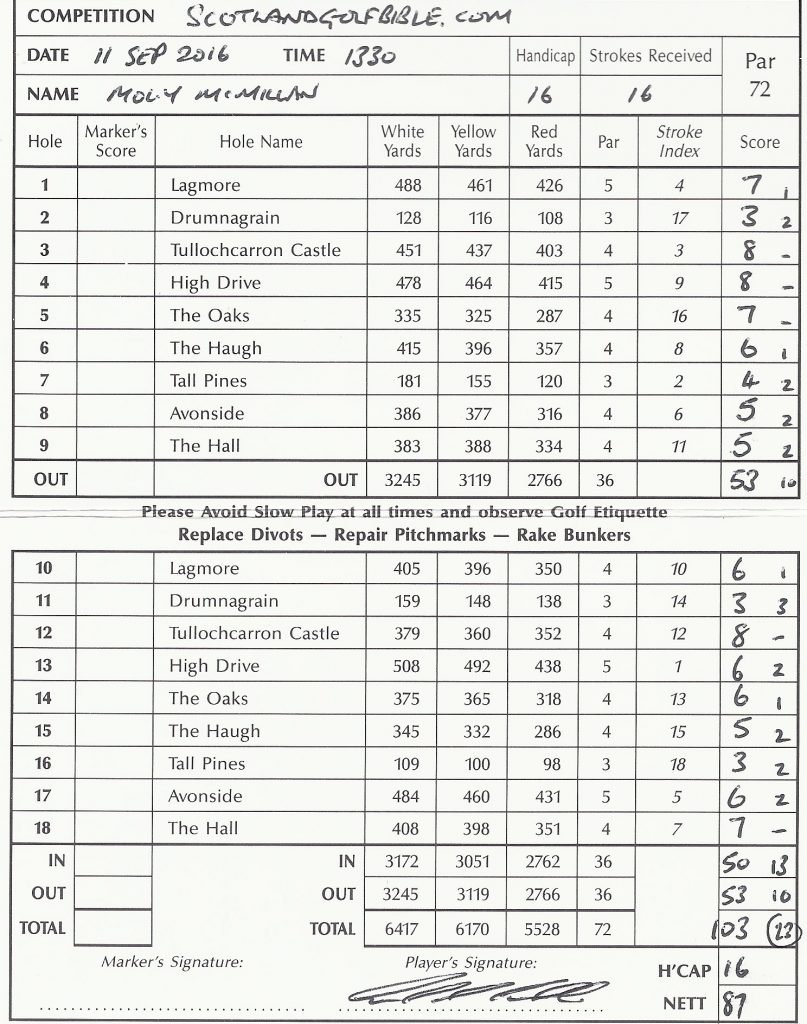 Moly McMillan lives in Broughty Ferry on the east coast of Scotland. He is a self employed business consultant and devotes some of his time to achieving his life long ambition - to play every golf hole in Scotland, every single one!
View all posts by Moly McMillan →
This entry was posted in 3.5 star, 4 star, 9 holes, Commercial, Course Architech, Course Owned By, Course Quality, Course Type, Donald Steel, Highland, Holes, Overall Value, Price, Region, Since 2000, The Highlands, Tom MacKenzie, under £20, When Course Established. Bookmark the permalink.